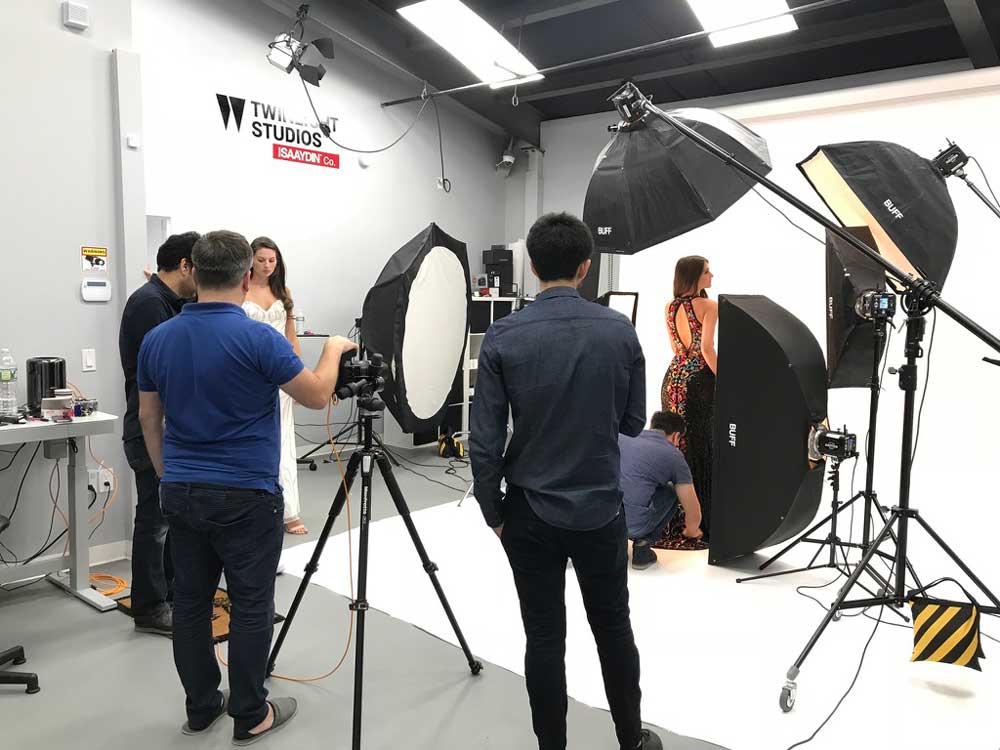 Here is how we did prom dress photography for a client. Between April and June each year, prom season descends upon the nation, striking joy into the hearts of teenage girls… and perhaps a little fear into their male counterparts. Here at ISA AYDIN, prom season and the run-up months mean intense clothing photography and dress photography sessions.

Often, we are tasked with making dresses look as good in images as they do in real life. As you can imagine, manufacturers of evening dresses and gowns face stiff competition during the “season.” Without decent photos to show buyers and prospects, their chances of high sales are slim.

That’s where professional prom photographers come in. Much like with any form of clothing photography, it’s important to capture the clothes in their true colors and textures. It’s also key that the angles taken highlight the product’s best features.

Gown and dress photography require a bit more TLC than a plain tee-shirt shoot does though, more often than not, online shoppers and mass-purchase clients will want to get a sense of how the product moves in real-life from the images. Plus, with a higher price-point, shoppers need to be convinced that the dress they see in the photo is the right one for them.

In one recent order, we were tasked to shoot 150 different prom dresses for an online shop. All of the shots were to be made with models and two angles were required, front and back. The prom dress photography required a white background for eCommerce, something we do a lot of here.

So far so good, but the tricky part was that our client needed the images ASAP for a trade fair they were attending — we have just two days to completely retouch all 300 of the prom dress images.

ISA AYDIN is always up for a challenge so we assembled a crack team to get the client the perfect images and post-production levels on time. In total we had: 5 models, 2 makeup artists, 2 dress gurus to steam and shape the gowns, 3 dress stylists, and several assistants to help with lighting and other general tasks. 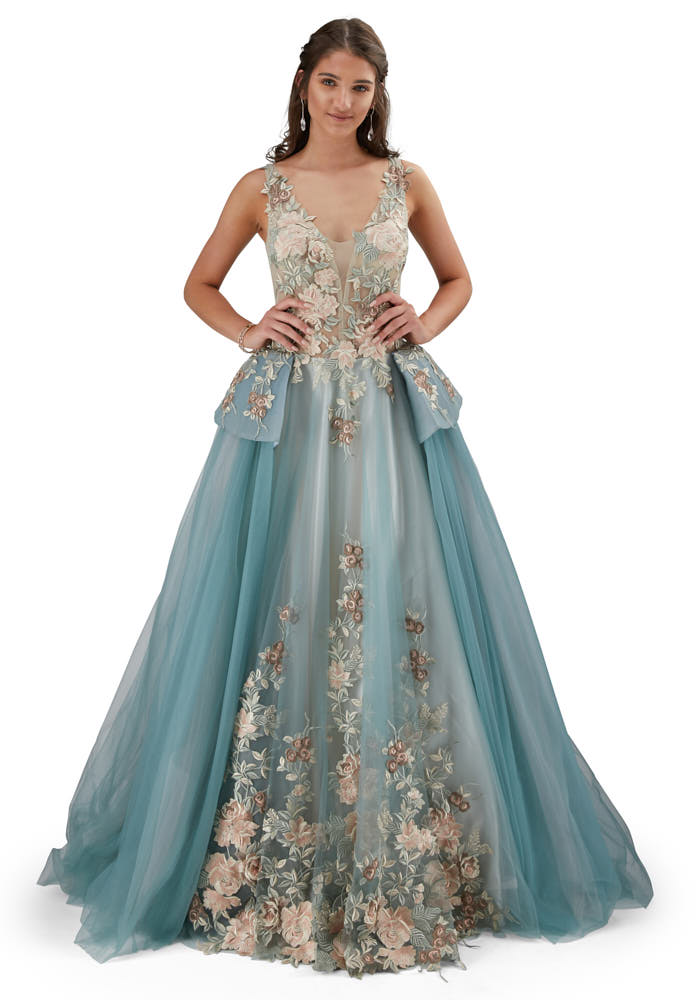 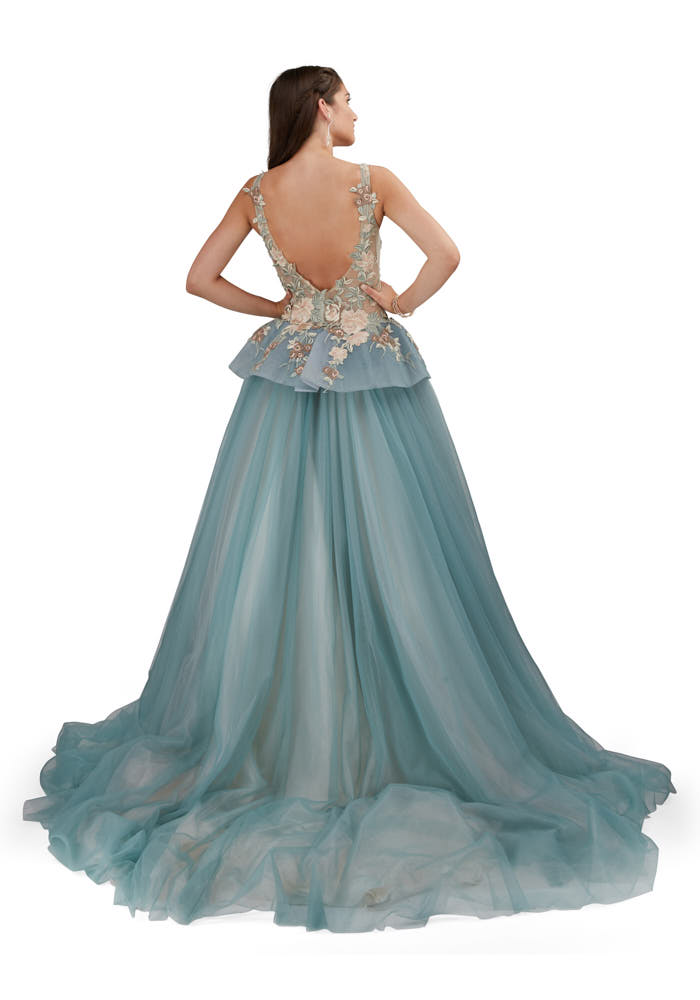 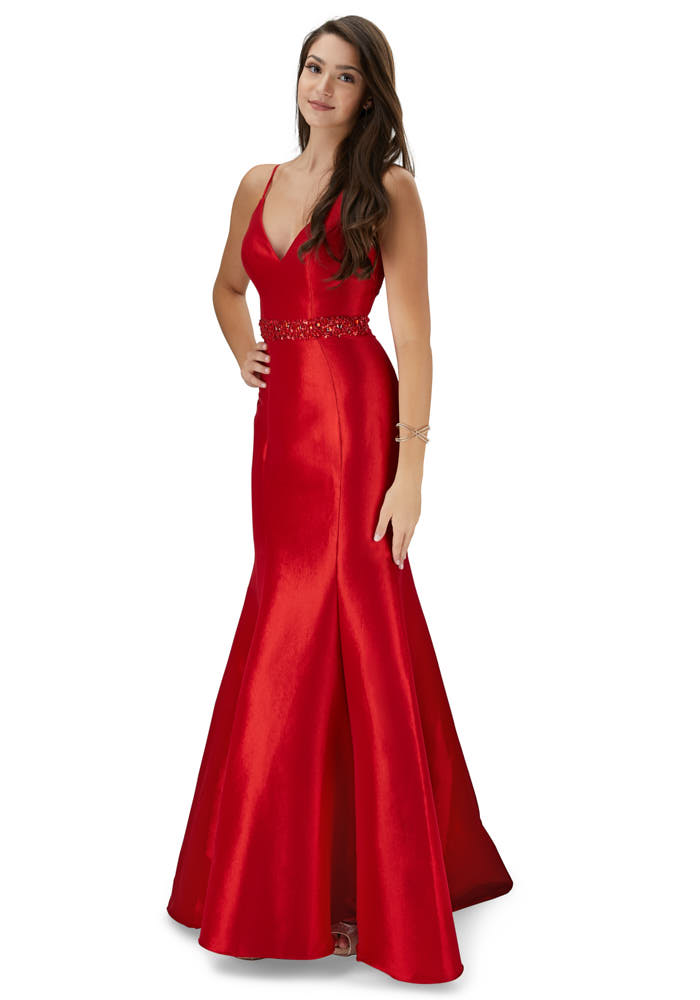 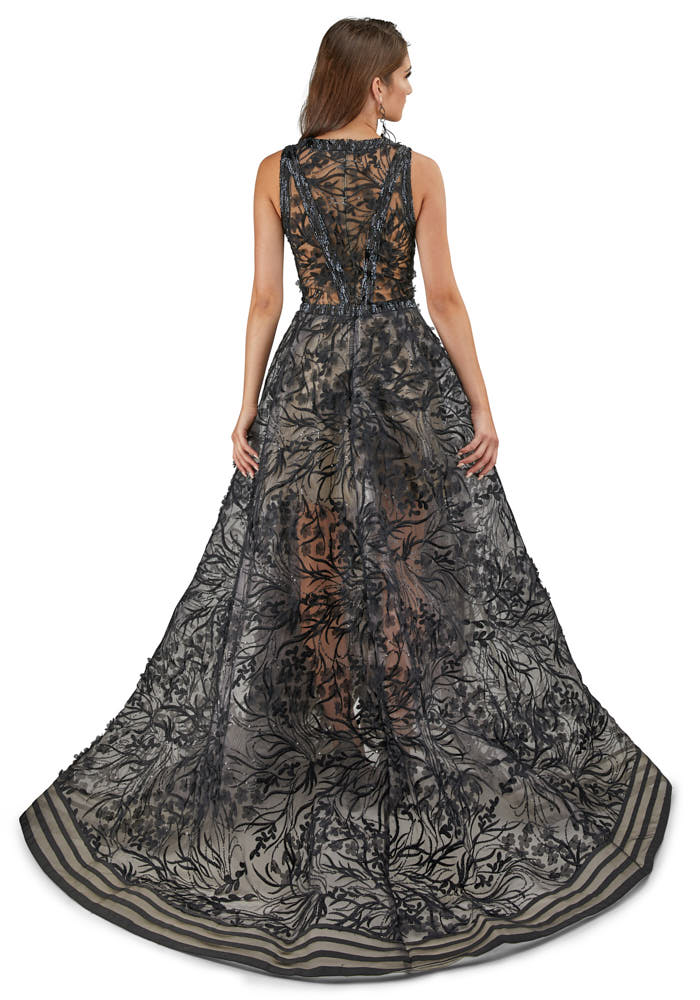 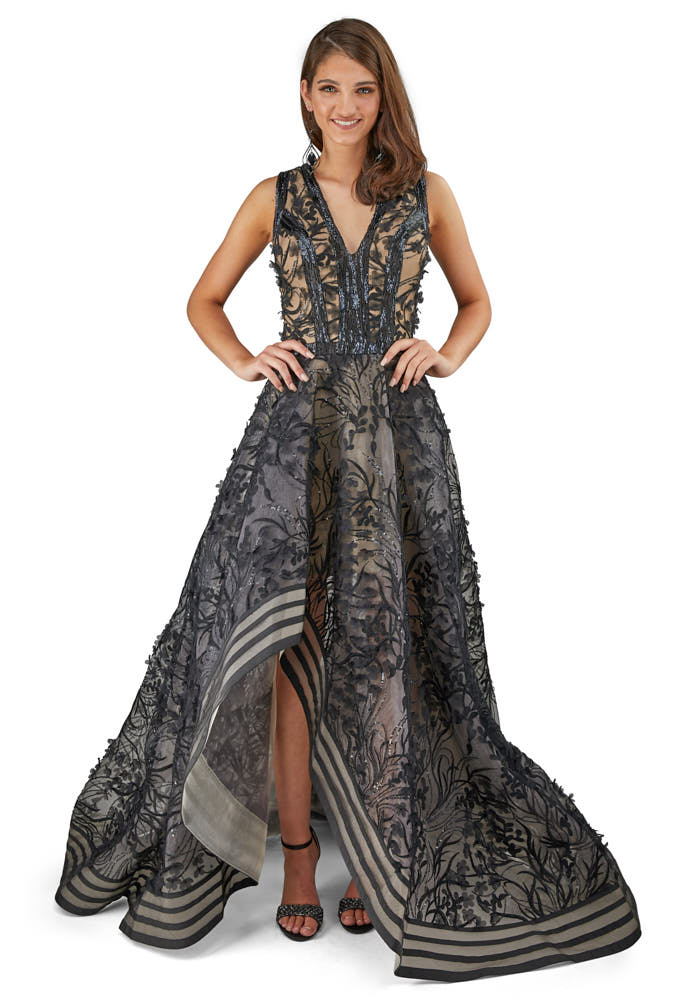 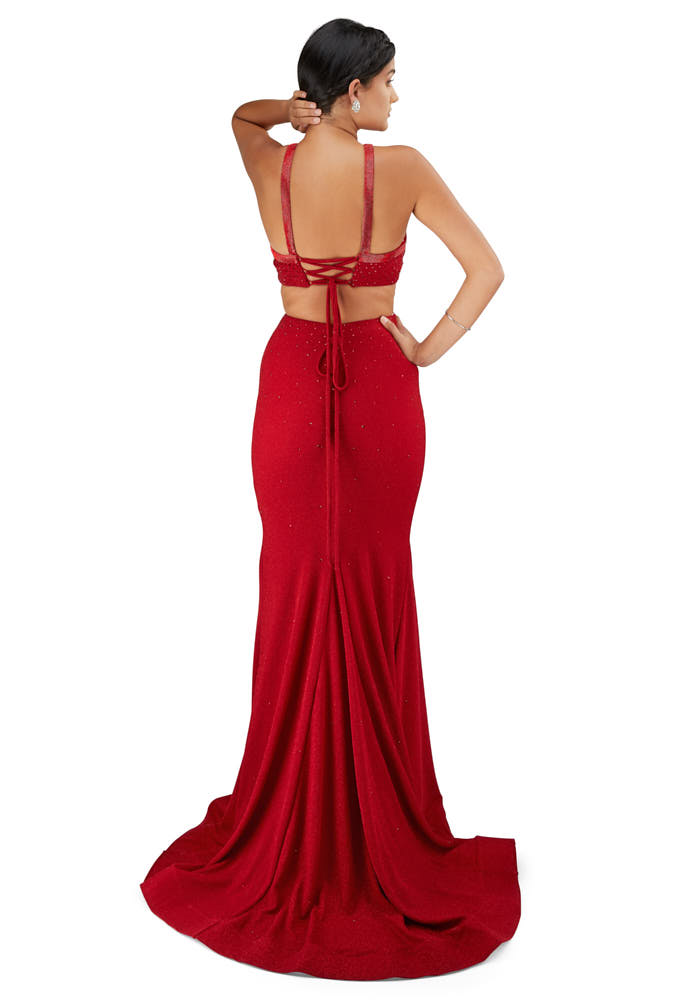 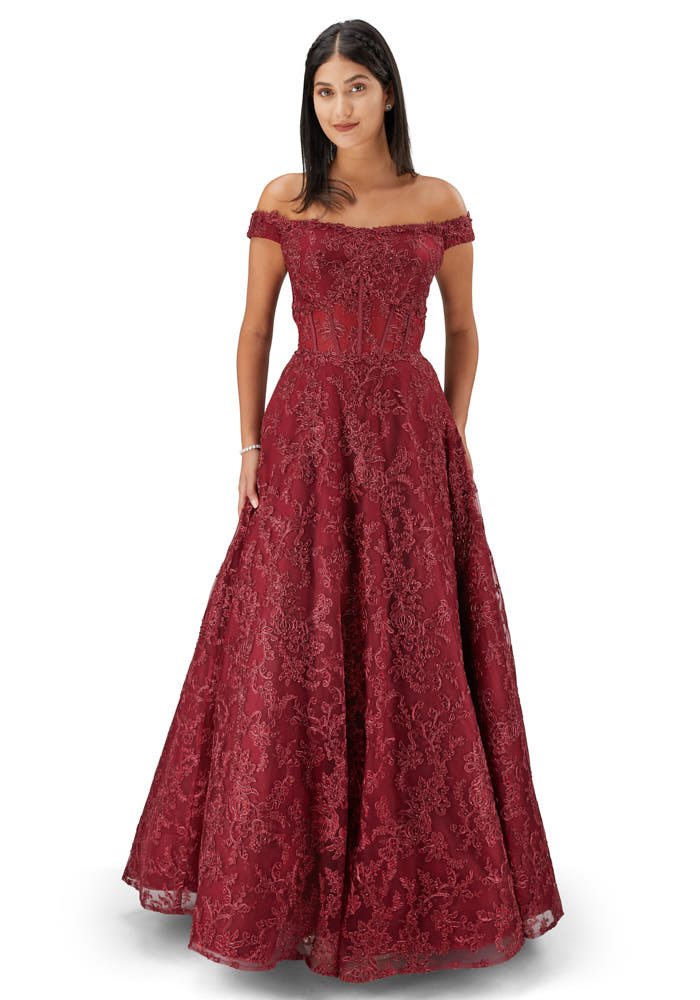 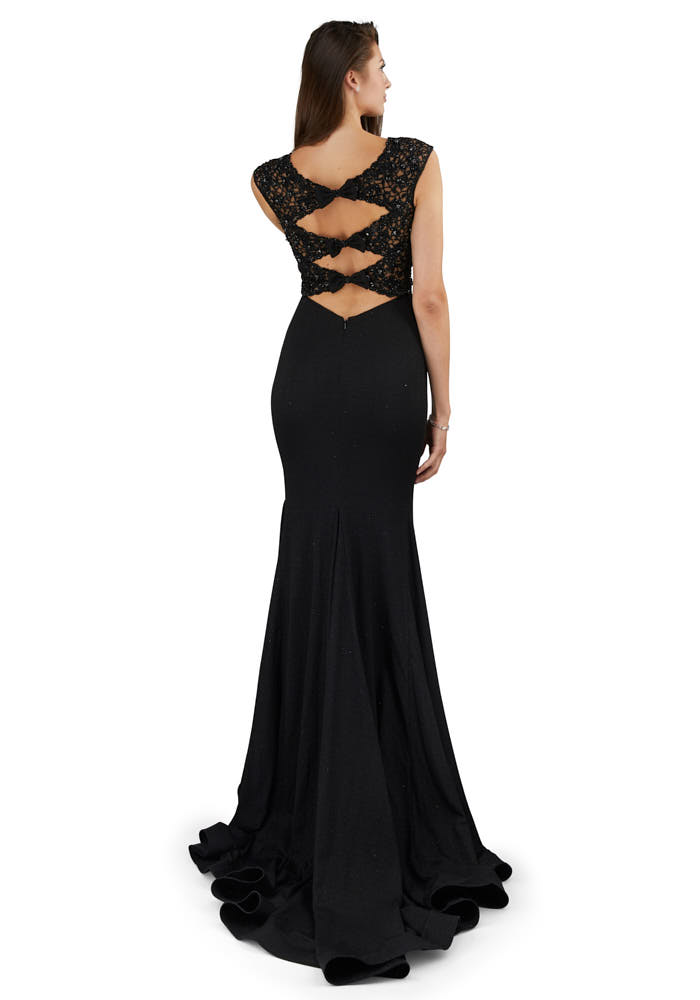 Of course, we also had photographers take the actual images, which they did over a period of two days while supported by ISA AYDIN’s studio staff.

To make sure the client received exactly the kind of prom photography they had in mind, we shot while tethered to a live connection. This allowed our client to see our photos in real-time and make any suggestions or adjustments before we moved on to the next prom dress.

While we had a lot of fun during the prom dress photoshoot, the two-day deadline was hard on the team, particularly the models who spend a lot of time in hair and makeup before even reaching the camera. As the long days wore on, it became harder for them to keep up their cheer and hold poses and facial expressions.

We made sure we had a generous number of snacks, drinks, and meals to keep everyone happy. It’s a common misconception that models do not eat. They do. And they work best when happy and fed — something we always attend to in our studio!

One general challenge during the prom dress photography was the dress sizings. Many of them were just too big for the models. No matter, our dress and gown stylists were on hand with pins and adjustments to make sure the dresses looked their best and fit the models well.

Would we do another marathon prom dress photography shoot? Of course! Despite a few minor challenges (mostly because of the tight time frame), we got the images the client needed and both the client and ISA AYDIN were more than happy with the outcome.

Need help with your prom dresses? Drop us a line today to find out how we can help make your products come to life on-screen.

How We Got Our Client Ready To List On Amazon

A day at the Spa: An Interior Photography At The Medical Facility

Create Swatches on the Arms for Beauty Products